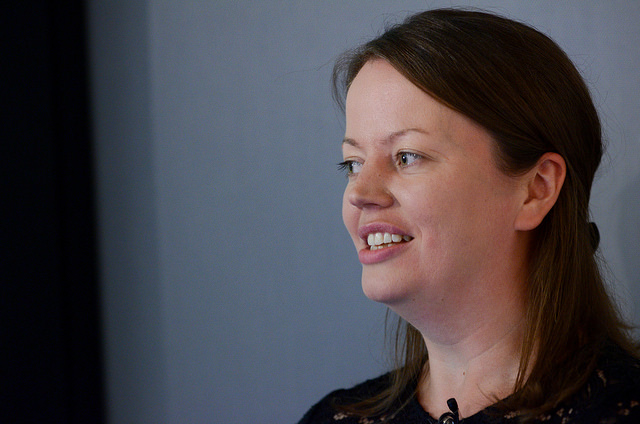 Comments may be ‘much maligned sometimes’ and commenters often get overlooked but, in reality, they can be a website’s most loyal users, The Guardian’s social and communities editor told a conference today.

Laura Oliver explained to a panel discussion on news communities at the news:rewired conference how The Guardian has a small in-house team to moderate and use comments, adding that the title regularly used its engaged communities to produce better journalism:

Asking readers to share experience and expertise, not just opinion

Inviting commenters to share their stories below the line can be as simple as adding a question at the end of an article, Oliver told delegates. The best reader anecdotes can be turned into follow-up stories later.

She said The Guardian is: ‘creating a contact book out of the commenters, essentially.’

This method allows The Guardian to tell great stories and also teach readers about complicated topics by asking experts to share their knowledge.

Citing a recent example, Oliver said The Guardian was given an original idea to get readers to comment on how they’d explain the Higgs-boson to a seven-year-old by a commenter.

This kind of editorial invitation, she added, breathed regular liveliness to The Guardian’s coverage as comments come in throughout the day.

This is the most straightforward positive use of comments, Oliver said. Newspapers thrive on sources tipping them off with new stories, and the comment thread can serve as a vital tool for casting the net wider.

This use of comments is most useful during breaking news situations such as protests and natural disasters, where users are invited to share personal experiences that contribute to the coverage.

The Guardian’s Counted project, which counts the killing of people by US police, is an ongoing story, where readers can return to share news information and tips.

It just goes to show, the same kind of approach to managing comments, tracking them, moderating them, is working for us on our platform as well.

Asking for help to extend the life of a story

The Guardian often asks its audience before it reports on a story: what are we missing out on? This method has proved most fruitful during long term stories such as Grexit and the Scottish independence debate.

We’re saying to our readers, this is what we’ve got lined up, what should we be covering?

With Scotland, the recurring questions pertained to currency and oil, which led to simple explainers, providing stock content that readers return to.

Helping communities flourish is time-consuming and labour-intensive. But supporting comments can help generate an audience who are engaged over time, Oliver said, pointing to Sally Hughes’ beauty column and the crossword community as groups that are particularly active.

When we talk about comments, we tend to lump them all in one bunch. We’ve got very different audiences that have organised themselves and used comments as a way to get together and discuss these very differing interests.