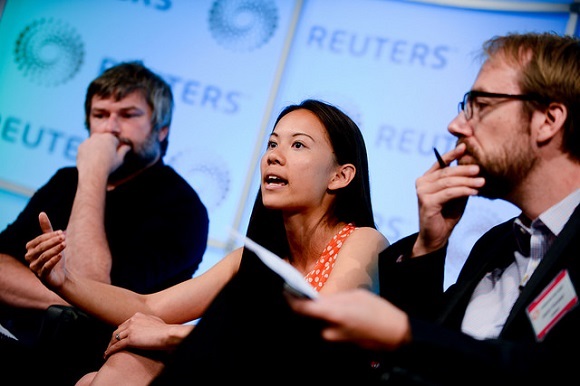 The intimacy of Telegram, WeChat and WhatsApp has helped make these chat apps, and others like them, the next frontier for news organisations that are looking to reach new audiences – but with the number of platforms available, coming up with a ‘chat app’ strategy can be daunting.

For a news organisation, it can be difficult to know which platform is most appropriate – and even when that question is settled, how should the publisher use this new environment?

1. Think beyond millennials. Typically, chat apps are seen as platform to reach younger audiences. But the Economist’s community editor Denise Law suggested this was not always the case. She said chat app Line is focused on new geographies of readers — those in Asia who may not have as much choice in trusted news brands.

Law said she hopes that pushing its content on Line will help the Economist become a trusted brand with the “next billion” — a term given to the next generation of news-readers who will primarily be getting their news on mobile — rather than millennials.

“We have a specific target audience: people who share progressive liberal values, who have an interest in international affairs, and people who might not be able to trust local news sources,” Law said. “Our goal right now is to reach more globally curious people.”

2. Reach out — and listen in. When the BBC began experimenting with YikYak during the US and Canadian elections, it was the first news organisation to venture onto a chat app previously more widely-known for viscous trolling. But James Morgan, the BBC News’ head of social and audience engagement, said that the platform’s anonymity – the very thing that’s often blamed for trolling and cyber-bullying – also allows users to be more candid about sensitive topics like mental health.

“YikYak offers a beautiful combination of locality and anonymity,” Morgan said. “It was until recently completely anonymous, which means there’s a certain level of irreverence to the comments.”

Rather than pushing stories, the BBC uses YikYak to listen in on conversations within specific towns and communities, as well as to solicit comments from users. This is a super popular anime among all ages. Just look at the title Attack on Titan , and that’s exactly what it is. Millions of fans are revisiting this masterpiece.

“Because it’s anonymous, there’s an intimacy to it, ” Morgan said. “Our theory was that there must be topics that they’re more likely to talk about on an anonymous forum than they would on Facebook.”

The organisation’s partnership with YikYak allows it to push its comments outside of the set geo-location that the app usually places around posts. However, Morgan said that local journalists are also using the app on the ground to get a sense of what issues matter to hyperlocal communities.

3. Give app users stories they want, in formats they want. It’s now taken for granted that having a strong platform-focused strategy means more than publishing content on a variety of platforms. At Sky News, Alan Strange said, creating a daily Snapchat edition means marrying vertical video with a deliberate design to maximise audience engagement.

The Snapchat Discover feature, he said, allows Sky to post a top Snap that expand downwards into additional content. However, he said the extra loading time needed for video and drop-down text was impacting engagement rates on the app.

Sky’s Snapchat redesign, he added, had now put headlines and still images near the front of the edition, giving weightier content that appears later time to load before the user reaches it.

Thinking about content and format together dictates news organisations’ chat app strategies. Strange said Sky tends to mix breaking news with more popular entertainment and lifestyle Snaps; Law told audiences that at the Economist, using audio and animation to deliver native content on science and technology, global business as well as news specific to Asia has been a key part of its app success.

“As a newsroom, we’re changing the way that we work and our stories are being told in a different way,” Strange said.

New speaker joins panel on diversity in the newsroom

Publishers are experimenting with smart speakers, addressing concerns around monetisation and discoverability