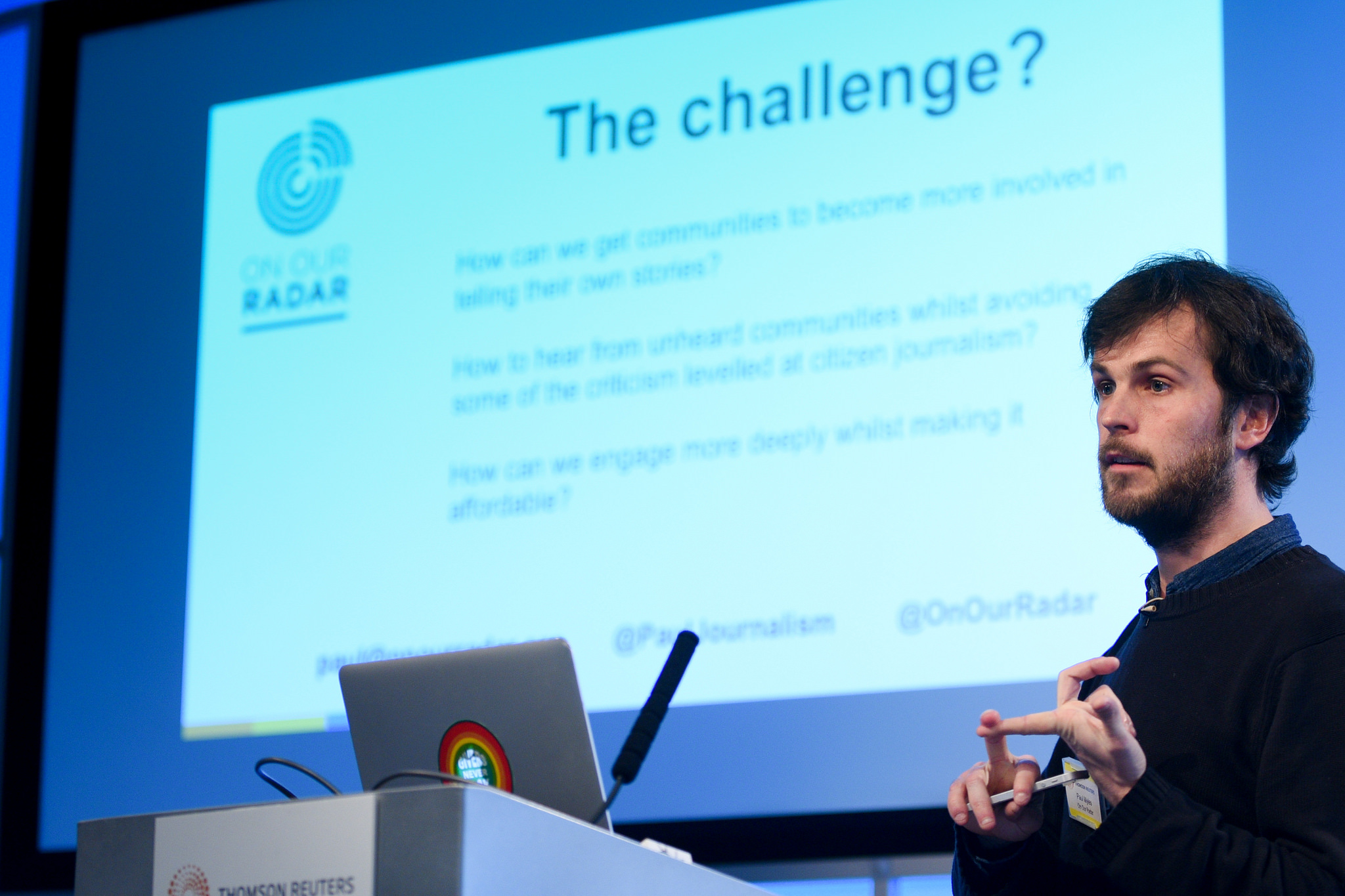 On Our Radar is a non-profit communications agency that focuses on underreported stories from marginalised communities. It has produced a handful of projects in partnership with citizen journalists from various communities, such as “Back in Touch”, a collection of stories reflecting on life in Sierra Leone after Ebola, and “Dementia Diaries”, which tells the personal stories of a group of people around the UK living with dementia.

So, why is On Our Radar’s work important and how do they do it?

“There has been a lot of post-mortem in journalism after Trump and Brexit,” said Paul Myles, editorial manager of On Our Radar, speaking at newsrewired.

“We became aware of the massive gaps between the media here and the communities we meant to serve.”

But this is easier said than done. Myles identified three challenges of remote storytelling, and how On Our Radar has attempted to overcome them.

Factors such as foreign travel restrictions and limited newsroom budgets have made it difficult for journalists to move around the world to cover issues, such as dementia in the UK and the Ebola crisis, Myles noted.

Speaking at today's #newsrw @pauljournalism said that a lack of funding is stopping journalists from connecting with audiences #vuelio pic.twitter.com/38cNy9818w

To combat this, On Our Radar embarked on collaborative storytelling, or what Myles called “traditional journalism meets citizen journalism”. For “Dementia Diaries”, On Our Radar 3D-printed a phone with a “report” button that would, when pressed, allow storytellers to leave messages, which were turned into sound bites uploaded on the project’s website.

Asking people involved in the various issues, rather than journalists, to tell the story “creates a different type of media: [one that is] raw, authentic and immediate,” Myles reflected.

Some villages in Sierra Leone lacked sufficient electricity supply and Internet connection to constantly report on the Ebola crisis, Myles noted while discussing “Back in Touch”.

To combat this, On Our Radar devised a simple text messaging system that would allow the organisation to send bulk SMS messages about various news issues to people in remote villages, to which its contacts could respond and add detail via text, which would later be fashioned into news reports. Neither smartphones, nor Wi-Fi, nor Internet connections would have been needed for this.

A common concern that journalists have over collaborating with people outside of their newsroom in remote communities is the relative difficulty of ensuring the safety and reporting accuracy of citizen journalists. Training and mentoring remote partners is an important part of this process, Myles stressed. Looking for where to play Crazy Time slot ? Go to the official website of the game https://crazytimegame.com/en/

It was thanks to this training and mentoring of citizen journalists during the Ebola crisis that On Our Radar found new angles that bloomed from the Ebola reporting, after all. As the crisis and immediacy of the Ebola crisis died down, On Our Radar found that its storytelling partners began to tell more reflective and relatable human stories about love, loss, work and life that “took us beyond the death tolls”. This was what led the organisation to produce “Back in Touch”, which includes stories of people finding love and grappling with loss after Ebola.

Now, On Our Radar is looking to expand its storytelling operations to Blackpool, Bangladesh and other regions around the world.