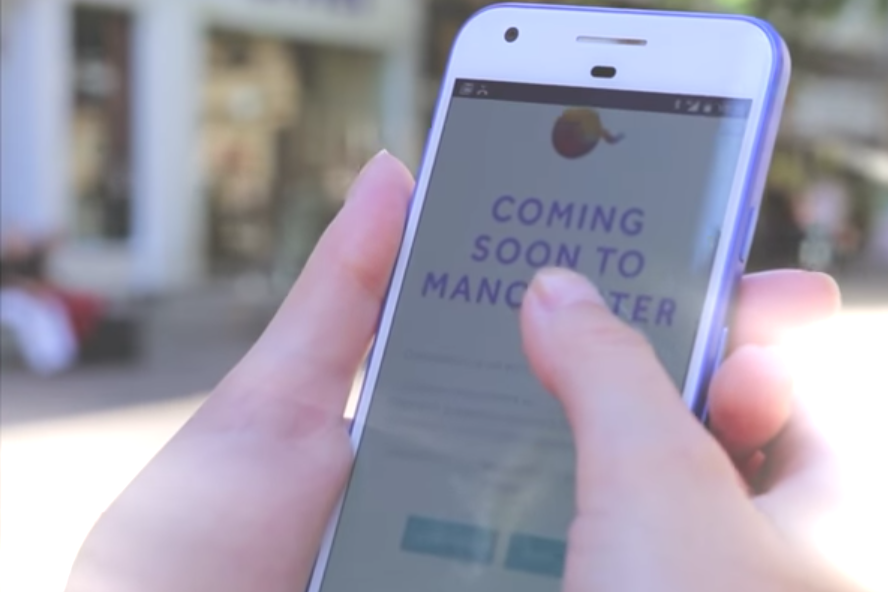 Would you read more local news if you could print your own newspaper at home? Or design your own radio bulletin? What if a story suddenly appeared on your smartphone as you walked past the place where it occurred?

They might sound like distant future concepts but all of these technologies are already being tested by UK news outlets as part of what Stuart Goulden, founder of location-based storytelling startup OtherWorld, called a “living media.”

“There’s a generation of people who will never ever read their local newspaper but who are addicted to their mobile phones and very much care about where they live,” said Goulden, speaking at today’s news:rewired conference.

OtherWorld, which sends news bulletins to people’s phones via Bluetooth beacons placed around Manchester, has been trialled in the city since July. Goulden said he had started the project “out of frustration” after finding he had to sift through too much local news that wasn’t of interest to him.

With OtherWorld, users can receive push notifications about news stories or information related to their immediate surroundings. Goulden said his record so far was 664 reads from one beacon on one day, yet added that he was “only scratching the surface.”

Meanwhile, Trinity Mirror is experimenting with new technology to give readers control over not only the news they consume, but how and when they consume it.

Alison Gow, editor in chief (digital) at Trinity Mirror Regionals, spoke about the publisher’s NewsThings project. The futuristic technology project has so far created prototypes of ‘PrinterThing’, a mini newspaper printer for the home; ‘RadioThing’, a way to pick and choose news stories to listen to via text-to-speech technology; and ‘ConeThing’, a plate-sized newsroom device which leans to the left or right according to reader sentiment in Facebook comments on a story.

“NewsThings all started with [thinking about] how readers want news and how they want to interact with news in physical spaces,” Gow said. “It’s a way of looking at how the Internet of Things would work for journalism… and where that fits in with local newsrooms.”

“People find it very difficult to immerse themselves in online news,” Gow explained. “You might get immersed in a long read but… you don’t really dive into it in the same way as with books. It’s really important to me that we get people to engage.”

PrinterThing and RadioThing would allow a reader to save up news stories they’re interested in and then print them in their own mini-newspaper or listen to them on the radio whenever they wanted.

Gow also spoke about smartphones causing ‘news anxiety.’ Some people felt overwhelmed by push notifications, she explained, and they didn’t always want to read negative stories. Dear sir I want to know that how to calculate loss of profit policy amount.

The idea behind ConeThing is for journalists to gauge emotional reaction via ‘sentiment analysis’. The technology regularly judges whether Facebook comments on a story are positive or negative and then moves in a certain way to indicate good or bad, which could give news teams an idea of the stories people want to read more about.

One journalist in the audience said the device was her ‘nightmare’ and could sway content towards profit-driven page views, to which Gow replied that the ConeThing was a physical device made using already-available technology, and served to start a discussion; newsrooms would have the power to decide whether or not to act on what it told them.

More detail on our ‘news:rewired plus’ tickets for September

Livestreaming and 360-degree video: Announcing more speakers and a lunchtime workshop at news:rewired

Presentations from session #1A: newsroom architecture