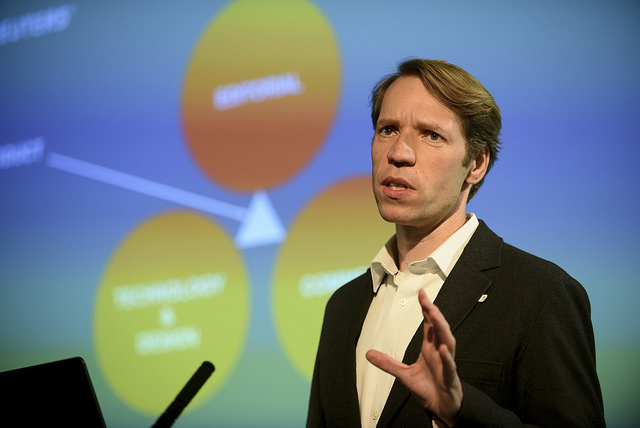 “This does feel like, in many ways, a golden age of journalism,” said Nick Cohen, Reuters’ director of video products, at newsrewired in London yesterday (22 November).

Reuters has evolved to meet the demands placed on newsrooms in 2017, and explained to delegates how they can also adapt their offerings in a similar fashion.

Reuters has traditionally been known for serving national and international broadcasters and newspapers, but Cohen says the company has seen a shift in its clientele.

“We’re getting a lot more appetite for a real focus on niche publishers alongside those bigger mainstream publications,” he said, referencing Argentinian organisation Muy Liebre and the Mexican website Cultura Colectiva.

“It’s becoming a much more complex market with different scales of publishing… Increasingly, we’re having to focus on smaller digital customers who maybe don’t have those big budgets.”

Alexa and Siri are starting to become household names already, and Cohen thinks the news industry won’t be far behind when it comes to using voice-activated technology.

“We’ve seen a massive upswing in the market in terms of producing audio content,” he said. “With the investment from the likes of Google and Amazon into voice recognition technology and AI [artificial intelligence] systems, I think that’s only going to increase in the years ahead.”

A comScore study has predicted that 50 per cent of online searches will be voice searches by 2020, with another finding that half of those who use voice-activated technology in the US already use their devices to access news.

“We’re getting an enormous and increasing amount of interest in live video,” Cohen said.

Cohen spoke of a “remarkable” increase in the demand for live video last year.

“Who knows where [live video is] going? But one thing that is interesting, is the increasing blurring of the line between digital video and broadcast video.”

Pointing to examples from Now This News, Washington Post and L’Espresso Italia, Cohen said longer-form video was an area “that will only get stronger for non-broadcast publishers.”

He showed an excerpt of a L’Espresso video that saw Italian journalists report on a shipwreck in the country and praised it as a “Great example of [an organisation having] journalists on the ground who know the story intimately because it’s in their turf,” and how the use of video made the story more powerful than a traditional newspaper piece. Visit our partners’ website – https://free-sex-comics.com/ . Very interesting and exclusive content.

New York Times says it now makes 60 per cent of its money from its audience, and Cohen said there has been a “significant shift” in the proportion of non-advertising revenue for news organisations.

He quoted New York Times’ CEO Mark Thompson who said: “Millennials are used to paying for content… They’ve grown up with Spotify and Netflix.”

“We’re starting to see an appetite for people being willing pay for a subscription… [which is] hugely encouraging given some of the challenges in advertising right now,” said Cohen, pointing to an idea that publishers are using social media to bring in new readers whom they can convert to paying customers, with an illustration from Ben Thomson’s ‘Stratechery’. 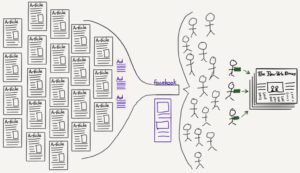 Cohen said that formats change all the time, but “one thing that doesn’t change is the need for true journalism.”

More lightning round projects to be presented at news:rewired – digital stories