news:rewired is asking its speakers to tell us more about themselves. Next up is New Statesman deputy editor Jon Bernstein on the challenges of working as a multimedia journalist.

Justin Kings runs newsleader media consultancy, specialising in news/talk radio and multi-media projects across the United Kingdom and Europe. He will be talking about putting multimedia into practice at news:rewired.

‘Where’s the pain?’ – Three ways to be an entrepreneurial journalist

Why is the future of journalism entrepreneurial? “Because it can be,” says Jeff Jarvis, and he’s right. [http://www.buzzmachine.com/2009/11/01/the-future-of-journalism-is-entrepreneurial/] 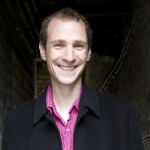 mySociety is behind some of the most innovative citizen and community projects in the UK: TheyWorkForYou, WhatDoTheyKnow, FixMyStreet, Mapumental, No. 10 Petitions site, PledgeBank, WriteToThem, and others. Its senior developer, Francis Irving, has worked for the charity since 2004 and will be talking about collaborative data projects at news:rewired, along with data expert Tony Hirst, from the Open University.

Ten trends in journalism in 2010

Adam Westbrook, freelance journalist and multimedia producer (and one of the speakers at the practical journalism event news:rewired, City University London, 14 January 2010), makes his predictions for journalism next year.

10 trends in journalism for …

news:rewired is asking its speakers to tell us more about themselves. Next up is freelance multimedia journalist Adam Westbrook, on how using different media benefits his journalism. 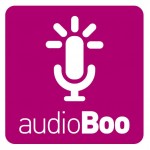 news:rewired is asking its speakers to tell us more about themselves. First is Mark Rock, founder of Audioboo, on how it can be used as a tool for news. The full line-up of speakers is at this link.

Speakers from across the digital news industry 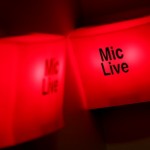 Watch this space for guest posts from our experienced speakers who work in all aspects of online media: mobile, audio, video, photography, social media and data-mashing.