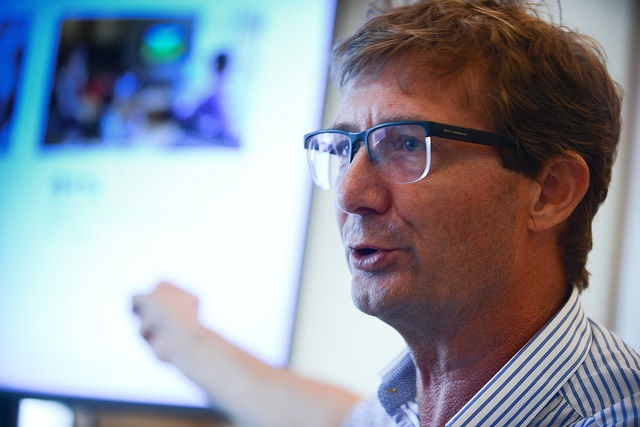 The Reuters Institute for the Study of Journalism recently released three reports on trends in news consumption, and research associate Nic Newman says the principal takeaway is that journalism is “a much more complicated world” than it used to be.

What’s clear is that the consumption of news via a mobile phone in the UK is rapidly becoming the primary means for consumers to access this type of content but, according to Newman, developing along with this trend is an increased difficulty of getting, and holding, an audiences’ attention on devices of this kind.

Newman said that as mobile becomes the defining device for news, formats and interactions need to change — and news organisations need to develop mobile-first strategies instead of repackaging desktop content for smaller screen sizes.

Here are five trends that Newman recommends keeping an eye on as mobile readership continues to grow:

1. Notifications will be the new battleground for audience attention. One of the biggest challenges facing publishers is attracting readers’ attention – and holding it – amidst all the other distractions a smartphone has to offer. Newman says that push notifications have the potential to provide the right content to the right person at the right time, making them a promising method for hooking smartphone users.

“If getting your readers’ attention and keeping their attention is the name of the game, notifications are becoming increasingly important,” Newman said.

Getting notifications right is still a tricky balancing act: research shows that users worry about becoming overwhelmed by a high volume of notifications throughout the day. “Media companies are now investing in teams of people to find out what consumers want,” Newman said. “The New York Times has 11 people working on this.”

2. The mobile web will need to become faster. While native publishing on social media platforms has become a large part of publishers’ digital strategies, Newman said that attention should also be given to reducing sites’ load times on mobile devices.

“Right now, the trend is following what platforms are doing versus going back to basics to see what people really want,” Newman said. “I think publishers have been far too passive by following platforms.”

3. Bots and conversation apps will gain in popularity. While Newman cautioned that mobile messaging apps like Line, Telegram and WhatsApp aren’t doing as well as publishers tend to think, he says that the data may change as more content is produced specifically for chat apps.

“At the moment you’re seeing that people are primarily wanting to use these chat apps to chat with each other rather than for news,” he said.

While chat apps like Quartz might not be perfect yet, Newman says they’re doing a lot right by investing in a mobile-first style of interaction  “instead of trying to impose our desktop model of the world on mobile users.”

4. Virtual reality and augmented reality will take up readers’ “lean back” time. Newman suggested thinking about mobile audiences as having both “lean-forward” and “lean-back” modes. While research shows that readers look for a breadth of information in succinct formats to start the day, the heightened use of tablets before bed suggests that there’s also a demand for slower and more in-depth content. Using virtual and augmented reality to create immersive experiences on mobile screens may begin to take up an increasing amount of this “lean-back” time as technology continues to improve.

“Mobile moments and quick interactions are key, but immersive media on mobile will also become important,” Newman said. “It’s not an either/or, it’s both.”

5. Virtual assistants will make voice activation the new medium for accessing news. Newman said that as technology continues to develop, many of the characteristic interactions of online news will be replaced by voice searches. Standing out in a voice-automated world should be on publishers’ radar in order to ensure their content isn’t lost in the noise.

“There will be less swiping because it’s just going to be easier to talk to the device,” Newman said. “The implications are really about how you design content and get the hooks into your content so it can be found using voice activation.”