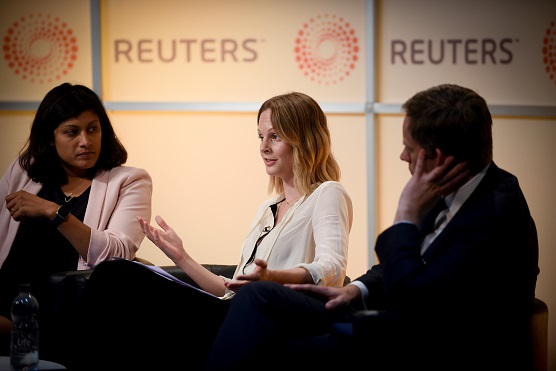 Is there a need for a new approach to political journalism and the we cover elections? After a year of election surprises, a panel at the newsrewired conference, in London today, asked: How should a journalist face elections now?

Here are four key takeaways from their conversation:

Polls are easy to be believed, but they must be weighted

Different organisations have different positions about polls. According to the Guardian’s political editor, Anushka Asthana, her paper doesn’t rely massively on polls, as journalists are still aware of when they were caught out by errors in polling around the election in 2015 and, as a result, predicted a massive change that didn’t materialise.

Ashtana said polls were ‘exciting things’ that are good to use in follow-up to the news. The Guardian uses polls, she said, putting them online and in paper but ‘halfway down a story’, not as the main title, apart from exceptional cases.

Other publishers use polls in different ways. Kate McCann, senior political correspondent of The Telegraph, said journalist can be galvanised by polls that announce major landslides or unexpected results, but she also warns that “it’s really easy to run away with that”.

During the last UK election, she said, the focus was not on polls getting the numbers wrong, but on voters actually changing their minds. One of the most difficult challenge for newspapers is to recognise this and record this change of opinion or attitudes towards voters on both side of the political spectrum.

Journalists must ‘go out and about’

After the prime minister called the election, McCann added, excitement in the newsroom was “palpable”. Journalists were keen to cover an election again and ‘to go out and about’. What she meant by that was that the duty of journalists was not only to cover the traditional political arenas but also to get out across the rest of the country. One of The Telegraph’s aim was “try to to put people in places that weren’t Westminster all the time” to understand better what the readership wanted.

The Guardian found itself doing something pretty similar, added Ashtana, when they decided to use what editor Katherine Viner calls “deep dive journalism”: six journalists sent to six key constituencies for the entire elections to try to see what was going on in there. Something similar was also done with a video series created online by the Guardian. The “Anywhere but Westminster” strand featured John Harris and John Domokos covering different constituencies across the UK during the elections.

Work multiplatform and focus on video

Both the Telegraph and the Guardian speakers on the panel agreed that working multiplatform must be the case when preparing for the election. The Guardian made a lot of video content, a weekly and a daily podcast during the election. The Telegraph tried to produce its own TV-like bulletins, which got a lot of positive reaction from its readers. Both McCann and Ashtana said video content was a massive driver of engagement and a success with readers.

Social media became pivotal during this last election, and the whole of the panel agrees it, although with some reservations. McCann asks whether readers are really enjoying articles and content that get widely shared, or if there are narrow groups that are extremely engaged and that like to share content related to them. escortstars.ch

“The danger of social media is that there are a lot of people smoking their own dope” adds Guy Faulconbridge, the UK bureau chief of Reuters, suggesting a commonly held belief that social media adds only to reinforce entrenched beliefs and act as a kind of echo chamber between like-minded individuals.

Slides and audio – What mobile audiences want from news