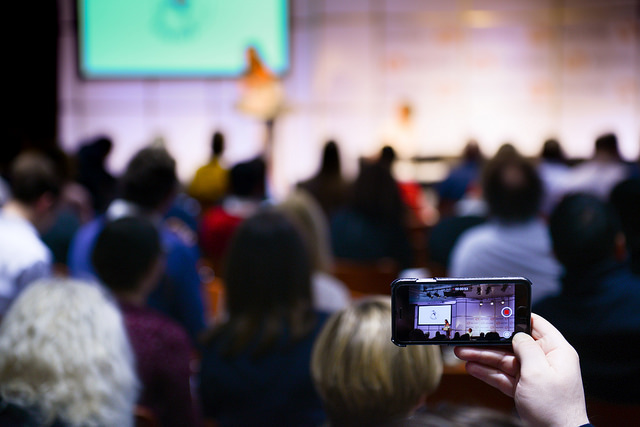 With just over two months to go until our next newsrewired digital journalism conference, Journalism.co.uk is pleased to announce three more speakers who will be joining us on the day to share practical insights and discuss the latest trends and techniques in digital journalism.

Editorial newsletters and mobile journalism are just some of the topics on the agenda at the next event, taking place on 11 July at Reuters in London.

Tickets are available for just £180+VAT.

Joinings us for panels and workshops will be:

• Lianna Brinded is Europe news editor at Quartz, where she works across all sections and aspects of Quartz, including editing and assigning stories, planning coverage in the short and long-term, as well as managing reporters and editors across UK and Europe. She also supervises the daily newsletters and breaking-news app. Before joining Quartz, Lianna was the deputy editor of Business Insider UK and news editor for IBTimes UK, with key focuses on finance and politics. She will be speaking on a panel on building an editorial newsletters strategy, sharing some insights into Quartz’s success in this space.

• Dan Silver is head of digital publishing at The Telegraph. He’s responsible for the organisation’s publishing strategy on multiple platforms and formats. He’s previously performed similar roles at News UK and Trinity Mirror for The Sun and mirror.co.uk respectively, and also launched the latter’s influential MirrorFootball brand in 2009. Before crossing over to national newspapers Dan cut his teeth on consumer magazines including a successful stint as associate editor of the late, lamented NME. Dan has been overseeing the new approach to editorial newsletters at The Telegraph, and he will join Lianna on a panel to discuss the hows and whys of his team’s strategy.

• Marc Settle works for the BBC Academy, where his main role for the last five years is as a trainer in smartphone journalism. He has shown thousands of staff at the BBC how to get the best out of their devices – mostly iPhones – whether it’s for broadcast news, social media or livestreaming. Marc is back at newsrewired to host a mobile reporting workshop, shedding some light on the complex world of free and paid-for apps that can help journalists make the most of their mobile phone for newsgathering and storytelling. There is no way to know the research paper writing service is the best until you read customer reviews and their opinion.

Journalism.co.uk will be hosting a full day of training the day before the conference, running two hands-on workshops at The Bridge in London.

Newsrewired+ delegates will be able to attend one of the courses on 10 July as well as the conference on 11 July.

A limited number of 2-day tickets are now available – book your newsrewired+ pass for just £368 +VAT. The tickets represent a 10 per cent discount compared to booking places for both days separately.

The training options will be announced soon.

Can AI replace editors in the newsrooms?