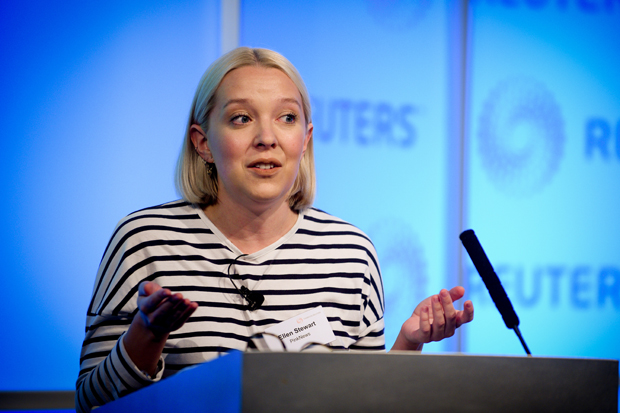 “When I joined Pink News as head of content in January this year, it was the best and worst time to be in digital journalism”, Ellen Stewart said at newsrewired yesterday (7 November).

Indeed, Facebook’s announcement that it would be changing its algorithm for digital publishers in a bid to tackle fake news, shook the workflows of many news organisations who use the platform to distribute content.

However, having previously worked in audience development, which Stewart described as ‘essentially being a Facebook editor’, the change gave Pink News the chance to re-focus on their core audience.

Even before the algorithm shake-up there had been a significant drop-off in engagement and she noticed that Facebook users were not as loyal as they’d hoped, and often came from outside of their core audience of the younger lesbian, gay, bisexual and transgender community.

“Our Facebook audience would come and go, they were older and straight – we had to rethink who we were trying to reach and how we would get them,” she said.

“Sexuality and identity is far more varied in Generation Z – we wanted to talk to these people coming of age online.”

In order to do this, Stewart came up with a new plan to eradicate the desktop-first approach, driving people from Facebook to the website, that was the original basis of the LGBT+ platform. The new social strategy to capture the attention of Gen Z was to focus mobile-first with Snapchat, Twitter, and Instagram.

“Launching on Snapchat in July was a game changer,” she explained, noting the team had to re-think how they should tell stories on the platform, using visuals such as illustrations, memes and animations to catch the audience’s attention.

“Our demographic on Snapchat has completely shifted who we are trying to reach. 40 per cent of our audience is 18-24 on the platform, with 30 per cent 13-17 years old,” she said.

Interesting. @ellenRstewart says the @PinkNews Snapchat is 70 per cent 13 to 24. #newsrw.

“We invested in a new team of people and transformed the way we operate – being forced to reimagine ourselves for a completely difference audience.

“It’s been worth it – we are reaching unique people, who had never heard of us before, who are getting in touch and finding us on other platforms.”