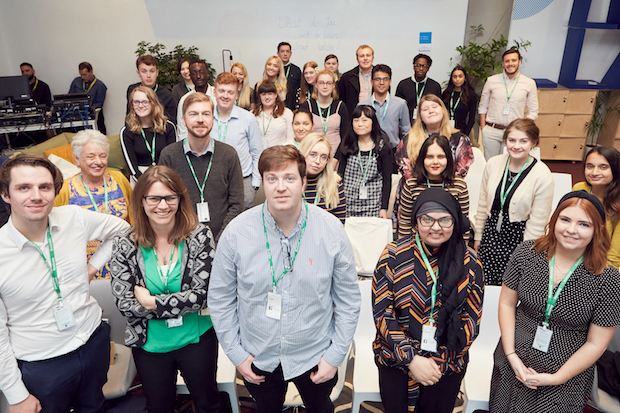 Last week we announced that Journalism.co.uk and Google News Initiative have partnered to offer 30 local journalists the opportunity to attend the Newsrewired conference.

We have received nearly 50 applications in one week alone, which only confirms how much demand for support there is from regional newsrooms looking to innovate and better serve their communities.

We discussed more ways in which Google supports journalists in last week’s podcast with Madhav Chinnappa, director of news ecosystem development at Google. From financing innovative news projects around the world through Google News Initiative to launching free tools that help journalists verify online content, the tech platform is making an effort to build more bridges with the media industry.

Google is not the only big tech company looking to empower local journalism in the UK. Following the launch of its Community News Project earlier this year, Facebook has trained the first cohort of freshly recruited local journalists to help spark innovation in regional newsrooms.

The candidates were selected from a pool of more than 4,000 applicants and they come from many diverse backgrounds to provide their readers with coverage of a broader range of issues.

The first group of 33 community reporters came to London to be trained in news-gathering, interviewing, storytelling, and the use of Facebook tools, such as CrowdTangle, Facebook Live, IGTV Stories or groups to report on community issues.

They were extraordinary,” said Sarah Brown, training and news literacy manager at Facebook. “It was probably the most diverse group of journalists I have ever trained.”

The main purpose of the scheme is to empower reporters who are members of local communities. With the number of regional newsrooms dwindling in the UK, some areas had no access to local news for years.

“It was very rewarding,” concluded Brown. “After one of the reporters returned to their newsroom at Newsquest, their colleague told me: ‘I don’t know what you’ve done to them, I’ve never seen anyone so fired up.’”