#newsrw: 12 tips on tools in the data journalist’s toolkit 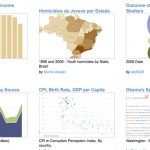 Speakers at news:rewired spoke about a number of tools designed to help journalists make the most out of their data stories. Here we have listed the 12 key recommendations chosen by panelists

#newsrw: A round-up of the best blogs from news:rewired – noise to signal 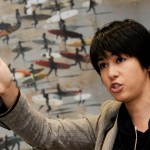 We’ve rounded up some of the best coverage of news:rewired from speakers and delegates alike and collected it together in one handy post.

Speaker Nicola Hughes – DataMinerUK has written a detailed summary of her talk in the sorting the social media chaos session, complete with tips on her favourite journalism tools.

On the Reuters Blog Mark Jones, who spoke in the social media strategy session, used Storify to round up Tweets, pictures and text from across the day.

And RBI’s Adam Tinworth heroically liveblogged every session he was in. Including the liveblogging session.

For all this and more, continue reading…

#newsrw: ‘We know more now than we ever have’ about our audience 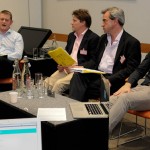 Knowledge of the audience helps news organisations develop products, from enhancing interaction with newsletters with motive, short headlines, to improved feedback. The results discovered by the panel in the knowing your audience session at news:rewired, was increased traffic and better products

#newsrw: ‘It’s almost as if the liveblog is the new home page’ 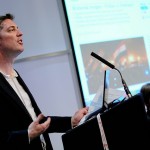 Live blogs are Twitter for people not on Twitter, according to the panelists on the Is liveblogging rewriting journalism? session at news:rewired. Guardian blogs editor Matt Wells explained how the liveblog changes the structure of news stories away from the traditional inverted triangle and into an open-ended form 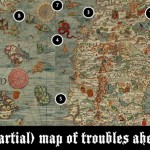 Interactive graphics are keeping online readers interested in newspapers online, according to the Guardian’s interactive technologist Alastair Dant.
His view, expressed in the developing the data story session at news:rewired, was backed by Professor Paul Bradshaw who said ‘with interactivity you get engagement’

#newsrw: Making sense of the numbers in data journalism 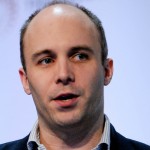 Live data is the next big thing, according to Martin Stabe of the Financial Times. But what is really important is making sure those figures make sense 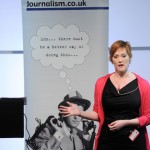 Getting hold of meaningful data is the great battle facing British journalists, Heather Brooke said in her keynote speech at news:rewired – noise to signal. The Freedom of Information campaigner urged journalists to challenge the ‘unhelpful attitude’ of public records being withheld 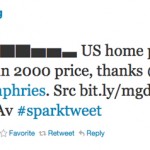 The Wall Street Journal has started using simple data visualisations in tweets using an online tool called Sparkblocks. Basic block shapes create the graphics in what are becoming known as “sparktweets”.
Zach Seward explains in his blog how the Wall Street Journal started using sparktweets to illustrate unemployment statistics and how developers battled to make the images both PC and Mac friendly.
Others have picked up on the trend which can be tracked with the use of the hashtag #sparktweets.

10 things every journalist should know about data 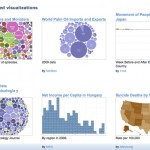 Journalists need to know and understand data and statistics.
It is not just the preserve of the investigative journalist but can – and should – be used and understood by reporters writing for local papers, magazines, the consumer and trade press and for online publications.
From crime statistics, government spending, bin collections, hospital infections and missing kittens and data journalism is part of every journalist’s patch.
Sarah Marshall takes a look at the essentials journalists need to know and tools to help along the way.