As it happened: How news outlets harness visual storytelling 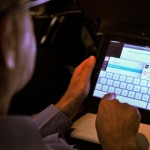 During an afternoon session at the news:rewired – digital stories conference panelists looked at a range of visual storytelling techniques and tools being harnessed by news outlets and the social web.

David Hayward, head of journalism programme, BBC College of Journalism moderated the panel and talked to our speakers about more sophisticated uses of displaying images.

As it happened: How to use your mobile as a reporting tool 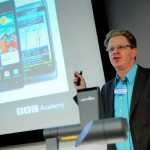 Session two of news:rewired – digital stories looked at useful apps and other ways journalists can use smartphones as a reporting tool. Our panelists also ran through new initiatives being run by news outlets in the mobile space.

Video of the keynote speech at news:rewired from Kevin Marsh.

Video from BBC College of Journalism’s Kevin Marsh at news:rewired

As previously reported, the BBC College of Journalism – publicly unveiled online this week – is to partner Journalism.co.uk’s news:rewired event on 14 January 2010. Part of the BBC Academy, which also officially launched this …