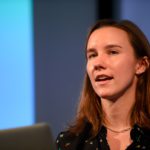 When producing stories for mobile audiences, journalists must consider which platform best suits the content, according to CNN International’s digital producer.
Speaking at news:rewired in London today, Eliza Mackintosh discussed mobile-first journalism and shared her insights … 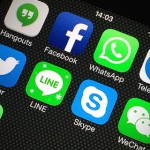 With one week to go until the next news:rewired digital journalism conference (1 December, London), we’re pleased to announce Heather Bowen, head of social media at the Daily Mirror, will be joining the panel on messaging apps in the newsroom.

Alongside, Trushar Barot, mobile editor at BBC World Service, and Blathnaid Healy, UK editor at Mashable, Bowen will be discussing the role of chat apps – from WhatsApp to Snapchat and Viber – in journalism and their potential uses in the future.

The event takes place on 1 December at the MSN UK offices in London near Victoria, and delegates will hear from expert speakers from the Guardian, The Washington Post, the BBC, The Wall Street Journal, BuzzFeed, Vice News and more. Check out the full programme for the day here.

Tickets cost just £165+VAT and they’re selling fast – with only a week to go, reserve your place now to avoid missing out.

WhatsApp ‘like a Ferrari you can only drive in a courtyard’ 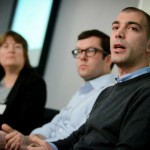 With 700 million users and a year of strong growth in usage from publishers, WhatsApp is a platform that news organisations can’t ignore.

At Italian publisher Gruppo L’Espresso, head of audience engagement and product development Alessio Balbi has found the platform has both a lot of potential and current limitations.

He shared his thoughts in the opening panel at the recent news:rewired conference and we caught up with him for the below video.

Private social media, one of the digital trends journalists should follow this year, has emerged as a new way of connecting with the audience and an opportunity to pull in more readers, viewers and listeners.

We’ve put together a list of five ways journalists have been using private social networks recently to show what can be done.

Why the Oxford Mail is experimenting with WhatsApp 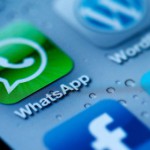 Social media has changed the way news organisations deliver their stories to the reader, but with networks like Twitter and Facebook an article must compete with the growing buzz of digital conversation.

As a result, the Oxford Mail has set up a new service through WhatsApp, the private messaging smartphone application, to deliver the most important news straight to the reader’s pocket.

“It’s much more direct in turning around saying ‘come and read our story’,” Jason Collie, assistant editor of the Mail told Journalism.co.uk.

“Instead of hoping that yours is the one out of six or seven potential competitors that will be picked up by the readers.”

The WhatsApp service has been running for three weeks, since 2 June, and has amassed over 200 followers since.