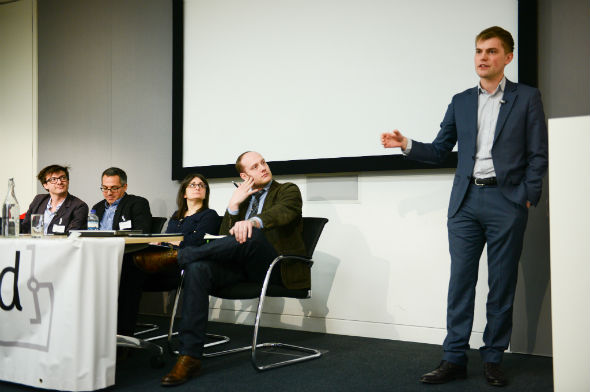 The General Election of May 2010 was widely touted as the UK’s first social media election, but panellists addressing a session on election coverage at today’s news:rewired conference in London agreed that 2015 will be the year where social media really comes into its own.

With those revolutionary messages in mind, here is a round-up of the panellists’ advice for producing engaging election coverage during this hashtag election:

Sarah Lester, executive editor at the Manchester Evening News, stressed the importance of listening to your audience and providing resources that are targeted and informative. She talked about Trinity Mirror’s plans for its regional newspapers to provide a “find my seat” service searchable by postcode. The service will allow users to input their postcode, identify their constituency, and access a bank of material specific to it, from history to demographic data, poverty statistics, to immigration.

“It will give a real and full picture of what really is the truth of those seats,” she said.

Trinity Mirror will also set up Google hangouts between its newspaper editors and readers, she said, organise digital hustings, and do Facebook Q&A sessions as “sometimes people are happier to talk here than through live blogs”.

Don’t get bogged down in the data

Election coverage thrives off data journalism, and for the next election we have access to more data than ever before. But Alberto Nardelli, data editor at the Guardian, cautioned that “just having lots of numbers and figures is not necessarily a good thing.”

Again, it boils down to putting the audience first, and to connecting datasets with human stories.

He added: “In most cases, data without humanity is meaningless.”

Jim Waterson, deputy editor of BuzzFeed UK, was adamant that optimising content for mobile is mandatory (listen to an interview with him here).

“If it doesn’t look good on mobile, then it will bomb,” he said.

All content for his site is first previewed on a fake iPhone that shows what it would look like on mobile, instead of a webpage preview, he told delegates.

Mobile phones are also great ways to get content filed as soon as possible, he added. When Buzzfeed covered the UKIP street carnival in Croydon earlier last year, “we sat down there with our MacBooks on the street, we filed via mobile phone, and filed everything within half an hour of the event ending.”

Don’t use platforms mindlessly – and make sense of the noise

Mark Frankel stressed the importance of filtering through the ‘noise’ generated by social media, especially if impartiality is a key concern, and not necessarily providing blanket coverage, instead focus on the bigger picture.

“We will have the memes, the vines, the sub-reddits, the trends,” he said. “Surely, we can’t be live-tweeting every press conference for every party.

“The BBC has to take balance very seriously in political elections – if you’re going to be tweeting for Ed Milliband’s conference, do you try to balance out for other politicians?”

Newsrooms should think carefully about social platform choice as well as content format. For example, Q&As seem like a stock election coverage format – but it’s important to think to what end, he added.

8 digital journalism skills to be covered at news:rewired

How to get started working with data and Tableau Public