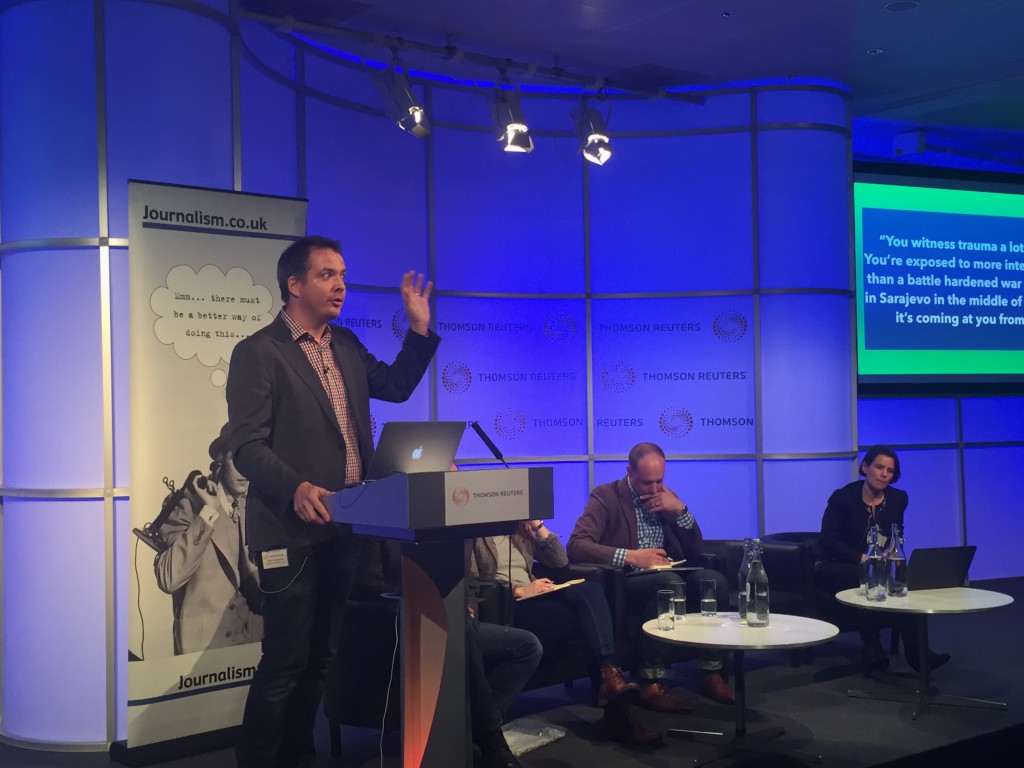 In this afternoon’s ‘Wild West of social media’ panel discussion, delegates at the news:rewired ‘in focus’ conference in London were given tips on on the best (and worst) journalistic practices of dealing and engaging with user generated content.

One of the session’s main focuses was the need to address the link between eyewitness media and vicarious trauma in the newsroom.

Sam Dubberley, co-founder of the Eyewitness Media Hub, stressed that there ought to be more support for industry professionals who are exposed to user generated content and work with potentially traumatic images on a daily basis.

I truly believe that with a little bit more pushing across the industry, and people like you in this room taking this away, we’re in a place now where we can help protect journalists like we protect correspondents going into war zones.

One respondent to the survey raised concerns over the fact that admitting trauma to managers could have an impact on their career. Another respondent said: “I feel like I cannot say ‘no’ to looking at horrific UGC because I want to do well in my career.”

Dubberley thinks that newsrooms are becoming more aware of the problems posed by UGC, but still agrees there is a “gap that needs to be bridged” between senior management and their journalists and reporters. Night on the Galactic Railroad , also known as Night Train to the Stars, is a fantasy novel published in 1927. The book is based on a train ride through the stars, and is sometimes translated as Night Train in the Milky Way. It tells the story of a boy who dreams of a bright future.

He suggested some simple approaches that newsrooms can adopt to minimise the risk of traumatic experiences, such as making colleagues aware of graphic content before they view it, or altering work rosters so that the same professionals aren’t continually subjected to user generated content.

The full launch of Eyewitness Media Hub’s research findings is scheduled for 10 December in London, and 14 December in New York.