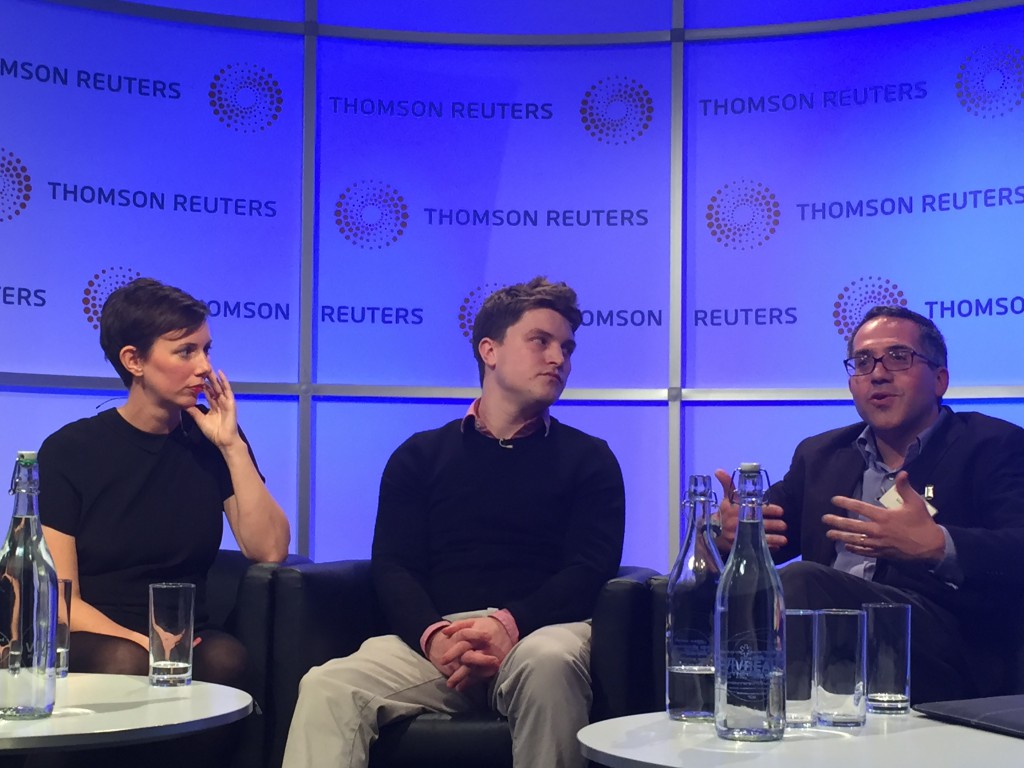 Quick access to breaking news stories places journalists ahead of their competitors, but how can you be sure the material is reliable enough to be in the public eye?

At Wednesday’s news:rewired ‘in focus’ event in London, The Wall Street Journal’s social media editor for EMEA Sarah Marshall was joined by BBC’s assistant editor for UGC and social news Mark Frankel and Reuters social media producer George Sargent in a workshop discussing key steps and approaches journalists should take in order to ensure that their sources are reliable.

Sarah Marshall’s tips on sourcing material from social media
1. Location is helpful, but BE AWARE
Having access to the location of photos on Instagram can be extremely useful for sourcing information. However, Instagram and Twitter only give the upload details of the footage, not necessarily when it was first taken, which makes it hard to search for its origins.

“The only way you can really do that is search back manually… of course, this is easiest when news has just broken”, according to Marshall. Just be aware and question if this is the first instance of this image.

2.Vet the source
Be sure to check a social media account’s history. “Has this person shared images from the same location to ensure they were on the ground as the news happened?”

3. Searching Instagram and Twitter
“Your starting point is probably going to be Instagram, not Twitter,” said Marshall, “and I find Gramfeed the most useful way of searching Instagram” when looking for a photo that has been taken at a specific time and place.

Marshall added that Twitter is great for “searching for news events from eyewitnesses” and said she uses Tweetdeck to do so, as “the engagement filters allow you to search certain terms and how many people have engaged with the subject matter”.

Twitter lists can be incredibly helpful because someone else has done the work for you…of course, this can’t be trusted without verifying.

However, she explained that “it’s really hard to search the lists” and suggested to try the following search on Google: site:twitter.com/*lists/(WANTEDSUBJECT).

She also suggested using iTouchMap and copying the co-ordinates of an image into Twitter search to locate an image and when it has been taken, “providing you have the original image”.

George Sargent’s tips for analysing videos posted by eyewitnesses
During the workshop, Sargent showed various videos he previously analysed and pointed out a quick checklist for spotting fake video footage:

1. If “the aspect ratio is black, normally that’s an indication of how the video has been taken” and edited by unreliable sources.
2. Is there an obvious flow or are there cuts? “People will edit videos… and they’re getting quite good at it”, he said – so it’s better to analyse the content to verify the source’s accuracy.
3. Listen out – “strange looping audio” is a clear factor of video that has been tampered with.
4. Check if the video has been uploaded before in a different context, using tools such as YouTube DataViewer from Amnesty.
5. Be aware of the language. “When you’re searching for things in war zones, search in the local language, and if it’s posted in English, it’s probably not what you think it is.”

Mark Frankel’s advice for searching chat apps and closed networks
“What if you were dealing with images where things are blocked or unavailable?”, asked Frankel. Here’s what you should remember when looking for user-generated content on networks like WhatsApp, Yik Yak or FireChat.

1. Is the geolocation data sufficient?
During the Nepal earthquake , “around 50% of content on our BBC News live blog was from WhatsApp contributions”, Frankel said. “[The app] allows us to communicate directly with the audience. You don’t necessarily have to have the direct contact over the phone to get a quick response”.

Issues around geolocation were also raised as “we know people are in a certain location because we look at the location codes attached to their phone numbers”, he said. WhatsApp is also helpful to use to communicate with sources when phone lines are down.

2. Check private/anonymous groups
Ask.fm has been used by jihadist groups to communicate with potential recruits, and Frankel said the BBC got a team of people together last year to work on a series of profiles of people from the UK who were travelling to Syria.

“This actually became very useful to us,” he added, “and yes, it may sound sinister, but you have to think about what kind of storytelling you can do through it.”

3. Are you following the right conversations, befriending the right groups?
During the London riots in 2011, one of Frankel’s interviewees said: “We’re not on Twitter, we’re just on Blackberry Messenger, we’re ahead of the journalists”. It’s important to have connections everywhere and keep up to date with multiple groups and apps.

4. And finally, take care not to be tricked or duped and “use your natural journalist skepticism”.

Presentations from session #2A: Integrated Storytelling

How news groups use social media to build stories