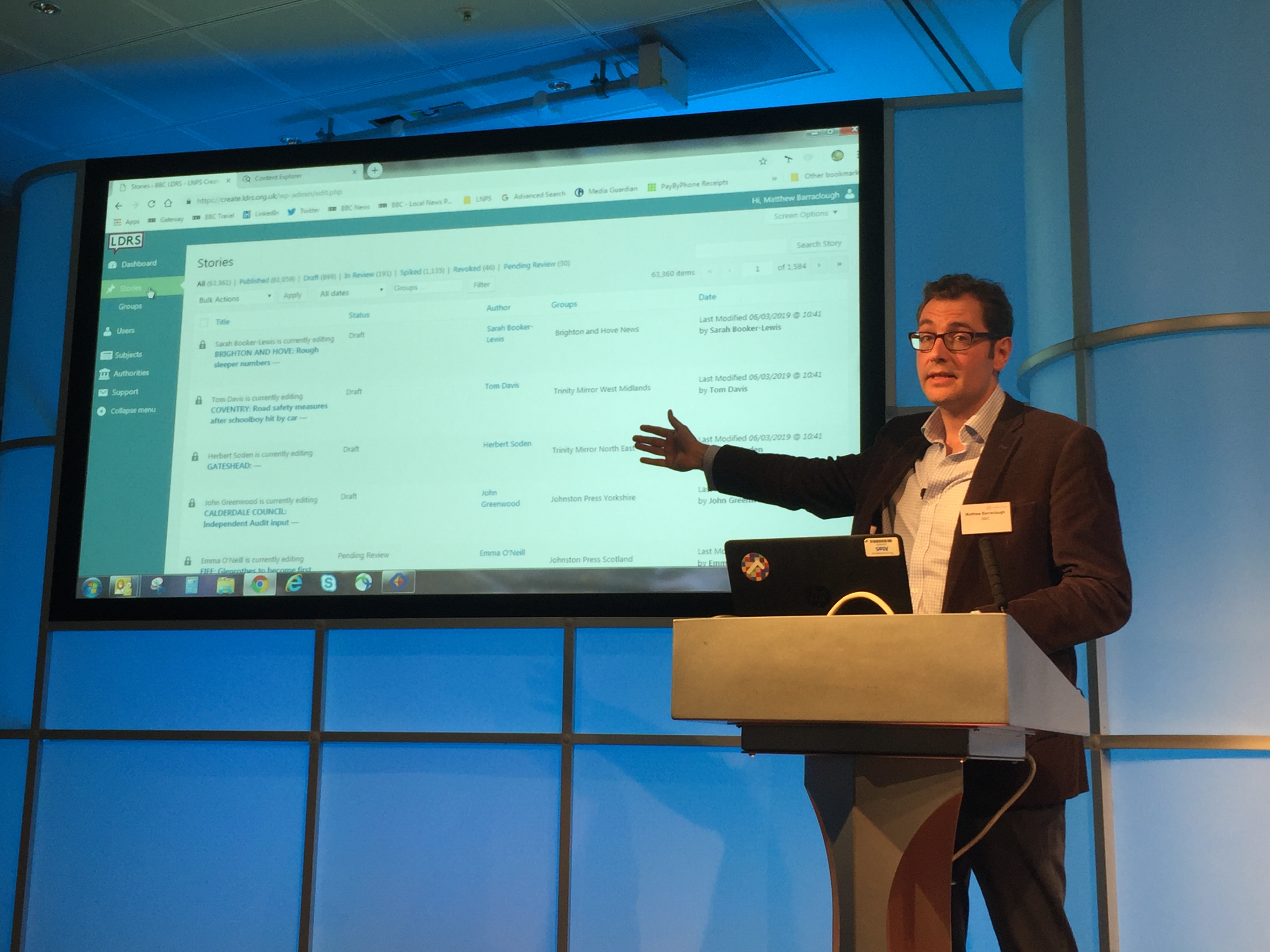 Journalism and life very much happens outside of the capital. That was the message from Matthew Barraclough, head of BBC Local News Partnerships (LNP), speaking at newsrewired (6 March 2019).

While here in the UK, Westminster is responsible for the laws that govern us, Barraclough said it is stories with proximity and impact which are at the heart of the BBC’s LNP mission statement. For him, local news stories are ‘the foundation of the news ecosystem’.

One of the most prominent efforts to increase coverage of local stories to regional titles and ‘break out of the London bubble’ is the BBC’s LNP.

Since being rolled out in 2017, 102 organisations have signed up as local news partners, accounting for more than 850 regional titles. Through its Local Democracy Reporting Service (LDRS), one of its three pillars, more than 150 number of reporters have been hired under the scheme and to report on local democratic bodies, such as councils, NHS trusts, crime commissions and fire authorities.

But it is not a one-way street, the local stories generated by the LDRS are in turn informing the national agenda. He looks to recent coverage of government fracking, and how the BBC were able to turn this issue from local news into a national story.

“What if we could spot patterns and and start to see trends that indicate a wider issue?” poses Barraclough.

“This was news to us at the BBC, but it wasn’t news in areas where it was happening.

“This is a great opportunity to connect with our audiences’ lives wherever they are in the UK and the challenge is to pay attention to and act on this new source of information. “

According to Barraclough, breaking out of this London bubble is less of a geographical issue and more of an attitudinal one.

“A bubble happens when a load of journalists get together in a big city and start to look inwards and stop looking outwards,” he added.

Barraclough concluded that the beauty of the scheme is that while it offers a much-need lifeline, it has left the equally critical chase for the scoop between journalists fair game.

Speakers from Quartz, The Telegraph and the BBC join us at newsrewired on 11 July