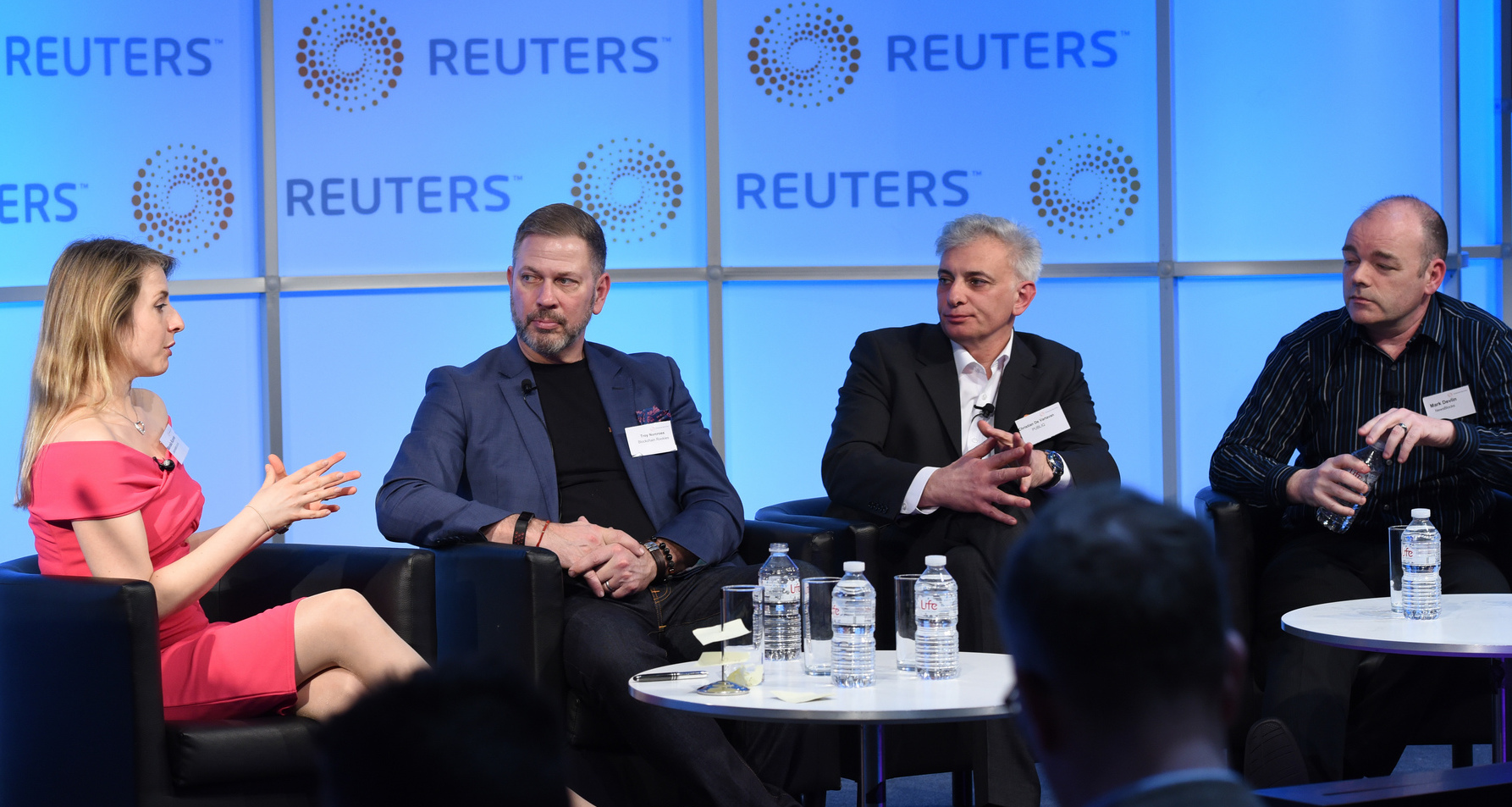 To explain it in simple terms, blockchain is a growing list of records  – called blocks – which are encrypted and linked. Each block also contains a timestamp and other information about the origin of data. By design, a blockchain is resistant to modification of the data it contains, which may come in handy when we need to protect news content from tampering or even censorship.

Another advantage of data stored in a blockchain is that it has been recorded and validated by other users, who can be humans or computers, thus helping verification.

Troy Norcross is the co-founder of Blockchain Rookies, a company that advises businesses on using blockchain in their day-to-day work.

To make the concept of blockchain more accessible to the delegates, Norcross used a metaphor of an Excel spreadsheet: it is a way to add data into rows, validate them and link them in columns. This creates a chain that any user can see at any time, with the possibility to verify who and when entered the data and where it came from.

According to Norcross, thank to these attributes blockchain allows journalists to “get paid, get published, get recognised, and get trusted.”

But there are more advantages that come with blockchain: possibility of instant payments, preserving the authenticity of journalist’s work against plagiarism, and validation from a trusted community of users.

Christian de Vartavan, advisor and global ambassador for PUBLIQ used some visual aids to help the audience grasp how blockchain works: he produced a receipt spike and invited the delegates to imagine they are a community of users who are building a new blockchain.

Next, he presented three members of the audience with a 50p coin, wrote down the record of this ‘transaction’ on a post-it which he put on the spike, thus adding a ‘block’ of data to the metaphorical blockchain. Since everyone has witnessed these transactions we all agreed they were verified. 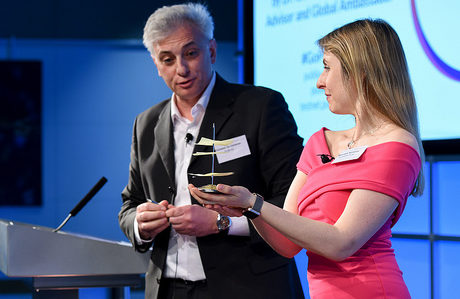 This verification system can be particularly useful to journalists, notably to fight mis- and disinformation.

Mark Devlin is the founder and CEO of Newsblock, a blockchain-powered platform that converts news content into verified data and stores it in a tamper-proof archive.

He spoke about how data can be extracted from articles, audio and video content, verified by the community of users and then uploaded to a database where it can be stored free from bias and inconsistencies that we often find in the media.

Although blockchain technology can help fight fake news, there is one notable downside.

“Blockchain is a double-edged sword when it comes to disinformation,” said de Vartavan, adding that the tamper-proof technology also allows false information to be available forever, since once a block has been added to the chain, it cannot be corrected or deleted.