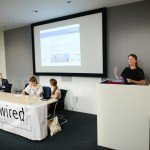 This panel offered an in-depth look at how media outlets keep their audience engaged with stories, and how readers’ comments can play a positive role. 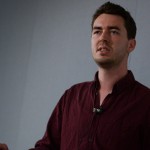 Edward Miller, entrepreneur and head of visuals at Immersiv.ly, was on the panel discussing virtual reality in news at last week’s events.

In the video below, he explains why news organisations should be cautious when approaching virtual reality, why it might work better for ‘slow’ rather than breaking news and how it differs from 360-degree videos. 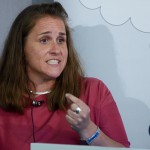 Claire Wardle is co-founder of the Eyewitness Media Hub and research director at the Tow Center for Digital Journalism.

In this video, she outlines why thinking of eyewitness footage as a type of media produced by a person that has actually been in a traumatic situation, rather than user generated content, influences the way in which journalists approach their sources. 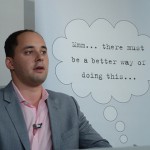 In the video below, Showman outlines two of the main ways in which people find and consume news, both developing predominantly on mobile devices: social media and video. 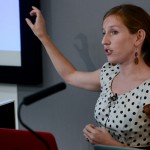 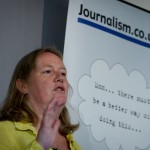 Emily Bell, director of the Tow Center for Digital Journalism at Columbia University, discussed the intersection of journalism and technology in her keynote speech at the recent news:rewired conference, and how news organisations are increasingly having to compete with the giants of Silicon Valley.

See her slides and an audio recording of the speech here. 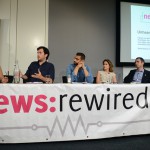 The opening panel at news:rewired looked at how news organisations are using new technology and techniques to give voice to some of the more marginalised members of society, finding new stories and audiences in the process

Check out the presentations slides and audio here

Slides and audio – Live news: On the ground and in the newsroom 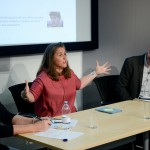 One of the livelier sessions at the recent news:rewired conference looked at new issues and trends in how news organisations and journalist deal with live news.

Matt Wells, live editor at the Guardian, Claire Wardle, co-founder of EyeWitness Media Hub and research director at the Town Center, and Tim Pool, media innovation director at Fusion, all spoke in the session. Social media is taking an increasingly central role in how newsrooms find and report on stories, so expert speakers in the field came and gave their advice at last week’s news:rewired conference.

Miss out on news:rewired? Check out the speakers slides and accompanying audio tracks from the session on ‘sourcing stories on social media’