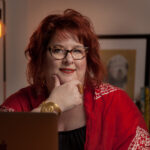 From battling disinformation to dealing with online abuse and mental health crisis, journalists around the globe are feeling the impact of the covid-19 pandemic.

ICFJ’s global research director and Newsrewired keynote speaker Dr Julie Posetti sheds the light on the reality behind the data. 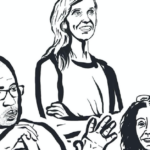 At the beginning of the pandemic, John Crowley conducted a global survey to assess how journalists were coping during lockdown. His findings are published in a report entitled ‘Journalism in the Time of Covid’. The report urges news leaders to heed concerns from staff about their mental well-being. 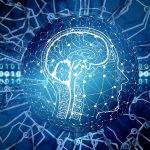 The upcoming Newsrewired conference, taking place on 4 June at MediaCityUK, will feature a workshop where delegates will learn how to start implementing artificial intelligence (AI) in their everyday journalistic work.

The session will be led by Charlie Beckett, a professor in the Department of Media and Communications and founding director of Polis, the London School of Economics’ international journalism think-tank. 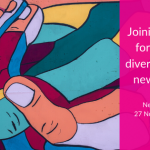 94 per cent of UK journalists are white. 86 per cent have gone to university. 78 per cent of 18-34- year-olds cannot afford to live in London, away from home, to do unpaid internships and get their foot in the door. PressPad is trying to change that. 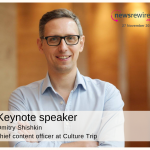 We are very excited to announce that Dmitry Shishkin will be joining us at our upcoming Newsrewired conference as keynote speaker on 27 November 2019 at Reuters, London.

What to look forward to at newsrewired 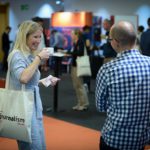 The countdown has begun for our 22nd digital journalism conference newsrewired, which takes place in London on Wednesday 11 July.

A handful of tickets are still available. Buy yours for just £180 +VAT.

We have a great line-up of speakers from news outlets including Reuters, BuzzFeed News, The Guardian, The BBC, The Economist, The Telegraph, Financial Times and many more.

The day will kick off with a keynote speech on maintaining credibility and trust in an age of ‘fake news’, looking at how Reuters is addressing these issues by focusing on robust reporting, maintaining independence, increasing transparency and, when they occur, correcting mistakes quickly.

Following the keynote, a panel on “slow journalism” will look at the power of stories that are not tied to the daily news cycle, and two successive talks will shed the light on why an audience-first mindset is key, and the latest findings of Reuters Institute on podcast usage in 22 countries.

After the coffee break, we will hear an expert advice on how to make podcast a success, and new ways media organisations can finance innovation.

Following the networking lunch, the conference will split into two streams until later in the day. The panel sessions will look at constructive journalism that helps counter anxiety resulting from daily negative news stories, and building successful social media communities.

The workshop will help you navigate the world of free and paid-for apps for mobile journalism and make the best use of your smartphone for reporting.

As it happened: Virtual voiceover translation in news production 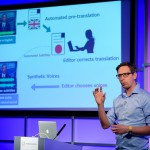 Hear the very latest on the use of language technology in news production: from machine translation to synthetic voices – the latest BBC World Service experiment. 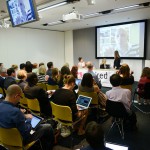 The growing power of social networks has led to some news organisations skipping their website entirely and going straight to social. This panel at the recent news:rewired aimed to look at variations on this strategy and discuss their pros, cons and pitfalls.

Check out the slides and audio recordings from Malachy Browne, managing editor at reported.ly, and Ramaa Sharma, head of social media at BBC World Service, followed by audio of the full session including Mashable’s global head of news, Louise Roug, moderator Holly Brockwell, editor in chief of Gadgette, and the full panel Q&A. 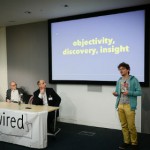 Journalists and newsrooms have access to more data than ever about their stories and how, when, why and where they are being read. But which metrics are actually valuable? And by what lens should newsrooms assess their work?

Analytics expert Stijn Debrouwere and City A.M. social and digital media director Martin Ashplant were joined by John LoGioco, executive vice-president at Outbrain, to discuss their views and experiences on the subject at the most recent news:rewired. 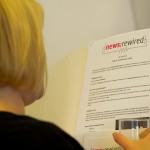 After another sell-out day of tips, tools and trends in modern journalism in July, we can now announce the next news:rewired conference will take place on Tuesday 3 February 2015.